LEGO: AMC Confirms Solo Mimban Stormtrooper Minifig
Posted by Jeremy on January 31, 2018 at 01:26 PM CST
Those nefarious LEGO Solo leaks that we scooped have resurfaced, but are taking a new and interesting direction.

One of the more curious additions to the Empire's array of grunts is the Mimban Stormtrooper (below), first revealed in the leaked images of 75211 Imperial TIE Fighter. 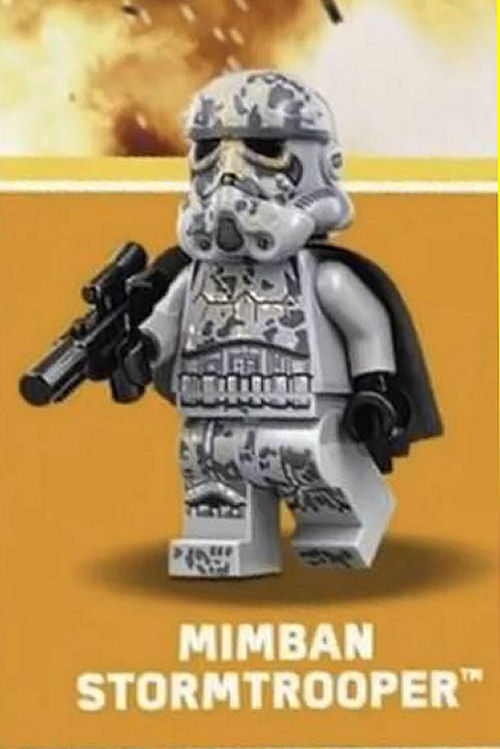 A recent article on AMC - entitled Exploring The Planets Of Solo - has shed light on the theatre of operations that these new Imperial Army squaddies will find themselves in:

"The planet Mimban is something of a deep cut for Star Wars fans. Its a fairly remote swamp-world, and was mentioned in the Clone Wars animated series. But Mimban is best known for appearing in Alan Dean Fosters novel Splinter of the Minds Eye, published back in 1978. Mimban was the site of an Imperial mining system, and the legendary Kaiburr Crystal was found in an ancient temple hidden within the Mimban jungle.

LEGO playsets for Solo have revealed the Mimban Stormtroopers, Stormtroopers wearing armor designed for the planets inhospitable swamp-and-jungle terrain. Clearly Solo will be heading to Mimban, although its unclear what role the planet will play in the film. Its possible Han will actually be stationed there during his time with the Empire; its also possible that hell visit Mimban after leaving the Empire, given that the world had a thriving black market  ideal for a neophyte smuggler."

The suggestion that Han Solo is serving in the Imperial military and is based on Mimban isn't so far-fetched if you consider the cloak his minifig (below) is shown wearing is identical to the Mimban Stormtrooper minifig, which comes is from the same set. 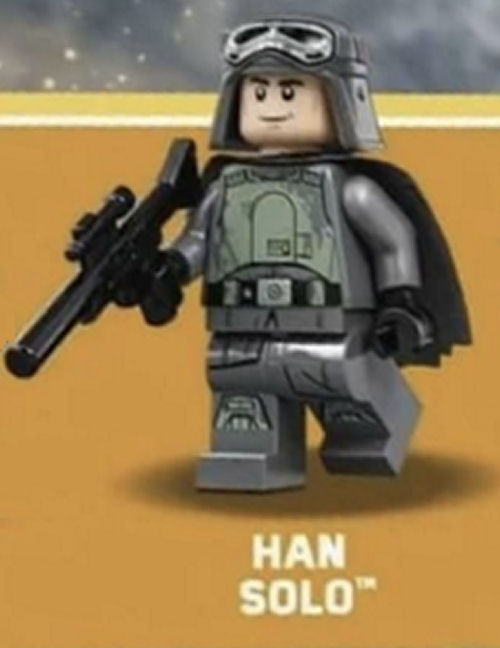 Coincidentally his costume is more than reminiscent of an Imperial AT-ST Driver, which could go a ways to explain why he and Chewbacca found it so easy to commandeer a chicken walker in Return of the Jedi.

You won't find the offending article on the AMC website anymore so check out TheForce.net for a facsimile of it.

LEGO sets from the Solo: A Star Wars Story are due on on April 20th - bookmark the LEGO Star Wars theme page at the LEGO online shopping portal now, and set a calendar reminder before it's too late!
SEND