LEGO: X-Wing Make & Take Build
Posted by Jeremy on May 10, 2019 at 03:48 PM CST
At a very special event organised by LEGO Australia to mark the 20th anniversary of the LEGO Star Wars license, kids had a chance to build the Rebel Alliance ship that destroyed the Death Star - the X-wing Fighter.

Chosen because the focus of the event was the "World's Largest LEGO Star Wars Unboxing" of an upscaled X-wing Fighter, kids and adults were drawn to the two tables to build their own mini version. With the queue at least 100 people long at any one time, there were plenty of attendees who didn't get to build their mini version - but now they can, using the printable instructions below! 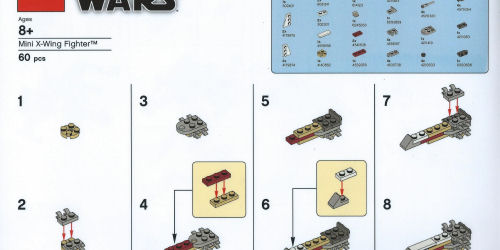 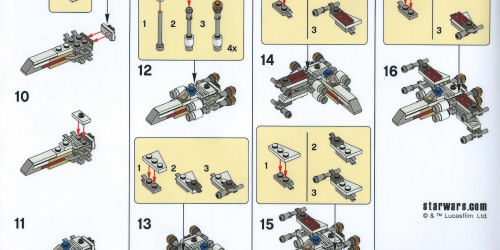 None of the parts in this build are special ones, and most fans would have these in their LEGO bucket or be able to source them through Bricklink.com. 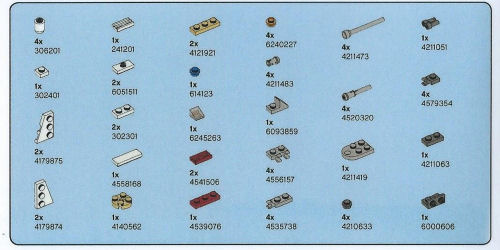 After considerable amount researching on Bricklink and Brickset, as well as reaching out through various channels, Rebelscum has had it confirmed by LEGO Australia's brand relation manager that this mini-scale X-wing Fighter was an event exclusive.

If putting one together isn't something that interests you then keep an eye on eBay.com where they are sure to appear once word of their exclusivity gets out.
SEND