LEGO: XXth Anniversary Rumours
Posted by Jeremy on August 20, 2018 at 10:12 PM CST
It's no coincidence that the next Star Wars Celebration is being held in the year that marks the twentieth anniversary of the return of Star Wars to the big screen after a 16 year hiatus. Whether you love The Phantom Menace or not the first episode in the Star Wars saga marks its double decade in 2019.

Also celebrating its twentieth rotation of the Sun is the LEGO Star Wars license. Though it was first announced in April, 1998 it took another year before we got our first glimpse at what was to come when special guests were sent an exclusive invitation to attend the trade unveiling of the upcoming line. 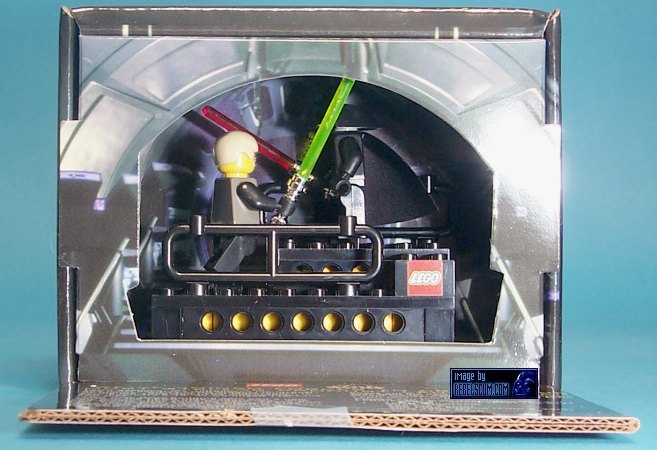 This special set, which is believed to be limited to around 500 in number, included the details to a secret gala that revealed the new first sets.

"In 1998 LEGO announced their global license to make Star Wars construction sets, and followed up with a promotional set for the 1999 International Toy Fair in New York. It was mailed out to those members of the toy industry and press who LEGO wished to invite to the unveiling of their new line-up of Star Wars System sets."

"Those lucky enough to receive one of these found that inside the white mailer box it arrived in were Luke Skywalker and Darth Vader - the first two Star Wars mini-figs ever - battling it out in a miniaturised version of Emperor Palpatine's Throne Room on the second Death Star. To add to the magic LEGO had included a microchip that played the first few bars of the main Star Wars theme."

Since the first Original Trilogy sets released in March 1999 there have been nearly 700 additions (excluding books, TV series, video games and countless t-shirts) to the line and the initial nine year license (1999 to 2008) was later renewed to 2011, and again to 2022.

With new movies and TV series being release there is seemingly no end in sight and with the license's first major milestone occuring in less than a year it's time to wonder what LEGO has in store for us.

Thankfully brother Brick Fanatics have come to the rescue with a report that states LEGO may release a selection of 20th anniversary sets next year.

...the LEGO Group will release a special range of sets to commemorate the two decade long Star Wars theme. As well as the usual January launch, an April wave of sets will feature special nostalgic 20th anniversary packaging, using the original LEGO Star Wars logo. Each box will contain a collectible minifigure that replicates the original, yellow faced LEGO Star Wars designs. The sets are expected to be based on vehicles and locations from across the saga.

Of course this is all rumour at the moment and it's not likely we'll get any official word until the toy fair season commences - Rebelscum is expecting the big announcement at the Nuremberg International Toy Fair, which is much favoured by LEGO for their biggest reveals, at the end of January.

Next year is sure to be a big one for Star Wars fans who have a Celebration to look forward to, a new movie and a continuing TV series or two while, as revealed by Rebelscum, LEGO collectors may get to enjoy a new Junior line. Head over to our LEGO 2019 discussion thread to throw your oar in.
SEND