Rebel Scum Joins Forces With Other Collecting Sites For Exclusive Star Wars Celebration Patch Set
Posted by Dustin on April 4, 2019 at 11:00 AM CST 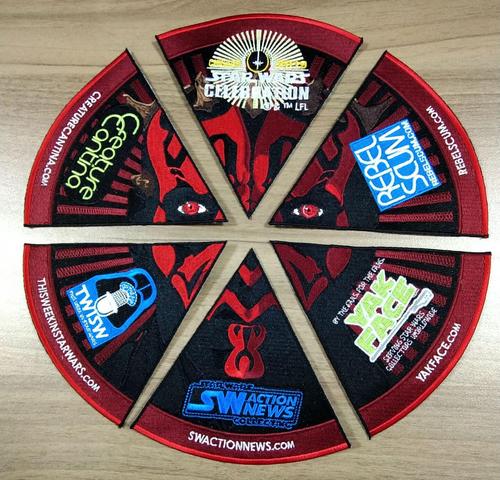 The patch set will be given away exclusively as part of the Star Wars Celebration Chicago Collecting Track. Fans are invited to stop by and meet the faces behind their favorite collecting sites at scheduled times in the Collecting Track Social Area. The exclusive patch set is available while supplies last, so fans are encouraged to arrive early!

The sixth puzzle piece will be given away at random times during events in the Social Area, which is also where fans can enjoy Q&As with Collecting Track Panelists, collector meet-ups, live collecting podcasts, trading, and more!
SEND