Sideshow Collectibles: Ahsoka Tano Premium Format Figure Announced
Posted by Chris on December 25, 2020 at 10:38 AM CST
As part of their 12 Days of Sideshow promotion, which starts today on Christmas Day, Sideshow Collectibles has just announced that a 1:4 scale Ahsoka Tano Premium Format Figure is on the way. This marks the first time that this character will be offered in this size. Previous statues & busts from other licensees have done extremely well within the collecting community and this is sure to be more of the same.

It's important to note that at this point, we don't know if they'll be offering an animated look from Star Wars: The Clone Wars, an animated look from Star Wars Rebels or if they'll be offering a life-like version of the character as she's seen in Star Wars: The Mandalorian and the upcoming Star Wars: Ahsoka television series coming to Disney+. Of course, they could always produce the piece with alternate heads so collectors could choose which version they want to display like they've done with other characters. The Morai flying by in the teaser image below would suggest something from Star Wars Rebels, but we'll have to wait and see. We'll keep watching for more updates with great interest and look forward to the release. 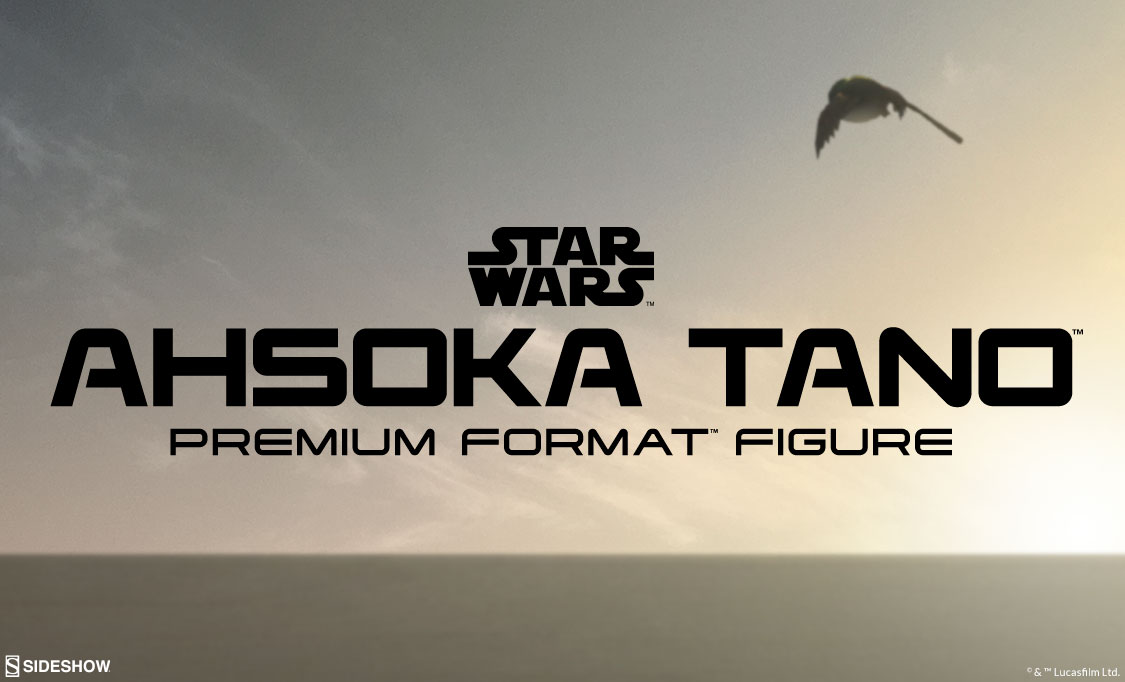