Is the Star Wars universe expanding so rapidly that they go hand in hand?

It was in 1999 that DK first published, under the Incredible Cross Sections and Visual Dictionary formats, its initial Star Wars hardcover reference books and those heady days that characterised the beginning of a new trilogy of Star Wars films almost led to financial disater for Dorling Kinderlsey. 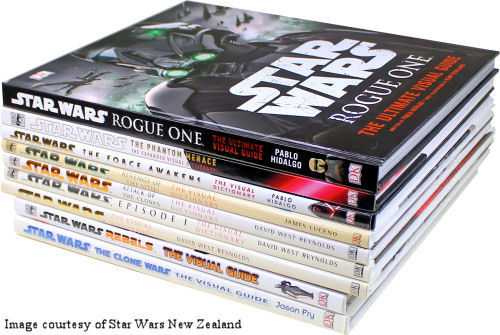 It's telling that two decades after the release of The Phantom Menace - a time when collectors were screaming that Lucasfilm had pushed too much merchandise onto the shelves of any retailer that would carry stock of the first new Star Wars film in sixteen years - licensees are cutting back their lines and retailers are rolling Star Wars collecting back to the late 1990s as a result of the fan backlash that The Last Jedi received and Solo's poor ticket sales.

CEO of the Mouse of House - Bob Iger - has said that he feels "we made and released too many Star Wars films over a short period of time" and that fans should expect a slowdown. That in itself should lower heart rates and cause blood pressures to drop at the very least. And save some trees too.

So to look at why DK is producing a new Ultimate Star Wars Guide ever year and how much value do they have, we have to consider not only the pacing of the new Skywalker Saga and A Star Wars Story movies, but all the other canon material that sits along side it. Since the last Ultimate Guide came out in 2015 we have had countless hours of new Star Wars content, and with an evergreen theme that is continually reinventing and refreshing itself there's no sense in missing out, right?

Content-wise this new Ultimate Guide doesn't scrimp. Opening with a forward by Anthony Daniels, who has his own autobiography out now, briefly recaps his own humble role in the story of Star Wars and thereby provides a synopsis of the contents of the book: Characters & Creatures, Locations, Technology and Vehicles. Each section broadly follows a timeline order from The Phantom Menace through the upheavals of the Clone Wars, the demise of the Jedi Order and rise of the Empire before culminating in the era of the New Order with The Last Jedi and Resistance television series being explored. Each section is capped off with a behind the scenes spread, and the hardcover book - which comes in a sturdy slipcase - includes two high quality prints. 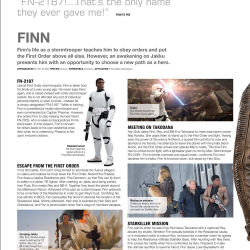 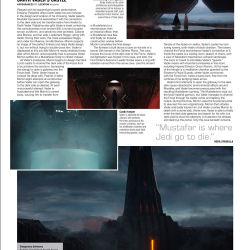 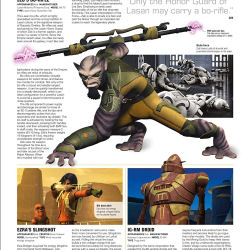 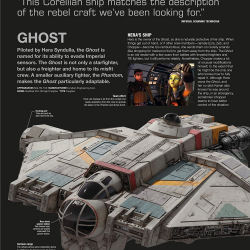 While one or two elements of The Rise of Skywalker are touched on they're nothing of consequence. Expect the lastest Star Wars episode to be covered in the upcoming Star Wars The Rise of Skywalker The Visual Dictionary, which is touted to be the "authoritative companion to the climactic final chapter in the new Star Wars trilogy" (due out on December 20th).

There's no denying that the book is packed full of relevant and uptodate information, but with restrictions on page count and physical dimensions there is no way to keep these books as detailed as they used to be and so the trade off for keeping the publication affordable and mangeable is depth of content.

That's not to say that each successive Ultimate Guide contains slimmed down regurgitations of write-ups from previous editions. Each is section, paragraph and sentance is re-written to reflect the current state of the Star Wars universe. For example changes in the character development and timeline of Grand Admiral Thrawn have been reflected in these Ultimate Guides for a number of years, and this has had a ripple effect on information relating to the TIE Defender, the Unknown Regions and characters - like Anakin Skywalker - who have associated with the much-loved Chiss. 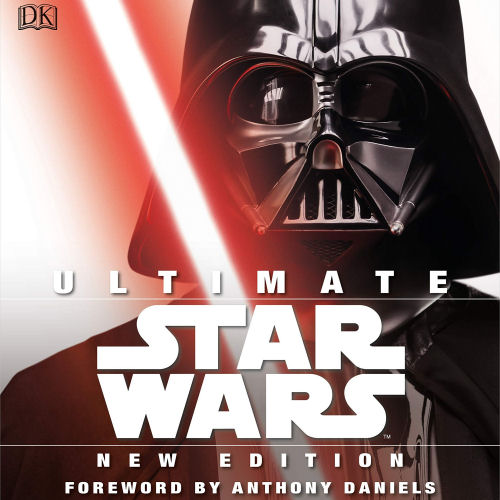 So too has the Tantive IV, with the glaring omission that it was destroyed by The Devestator after its capture over Tatooine. With the recently released final trailer having a glimpse of a red-banded Corellian Corvette cockpit crashing through a jungle canopy, fans are speculating that Princess Leia's consular ship is being retconned back into the Skywalker Saga and are citing this entry as evidence.

For those who have been causing their bookshelves to bow under the weight of DK's ever-growing library of Star Wars literature since 1999 this book won't have much to add, and with an RRP of $40 it's only going to appeal to diehard book collectors.

The founder and co-host of Jedi Journals - the internet's longest running podcast on Star Wars books and comics - Jay Shepard says "While fans that already have an edition of this title may not get much more from the newest version, there's always the new reader which will benefit from the content. And truly diehard fans can make a little more room on their shelf for such an update."

For those who are new to the franchise, of whom there are a growing number every day, these Ultimate Guides definitely have value, and while the publishers price might not be too appealing retailers like Walmart, Amazon and Walmart, Barnes & Noble offer discounts and to-your-door delivery options.

Special thanks go to DK for supplying us with a review copy. Opinions expressed are our own. Some of the links above are for affiliate partner sites and sales made through these programmes may generate a small referral fee. This goes to help Rebelscum continue providing you with the Star Wars collecting news you want.
SEND