LEGO: 5005747 VIP Frame Review
Posted by Jeremy on December 23, 2018 at 01:29 PM CST
Right after 75192 Millennium Falcon went on sale at the special midnight opening event of the LEGO store at Leicester Square in London on September 14th, we got out very first glimpse of the black VIP card. Initially it was only going to be made available on the opening VIP Early Access weekend (September 15/16th) but with fan demand being so high LEGO decided that they'd extend the VIP card offer until December 31st, giving everyone the chance to upgrade their membership and enjoy "a full year of special Star Wars themed offers throughout 2018 with the timelu ourchase of the .

It didn't quite work out to be what fans were expecting, and this is probably partly down to the generousity LEGO showed when they widened the black VIP sign-up window from two to 108 days. This - according to rumours - raised the membership from an expected 2,000 to 20,000 and increased the cost of the programme by the same amount.

Whatever your thoughts are on the black VIP card programme, the final exclusive from this plagued campaign has been released, and we buddied up with our brothers Brick Fanatics to share some their primo images. 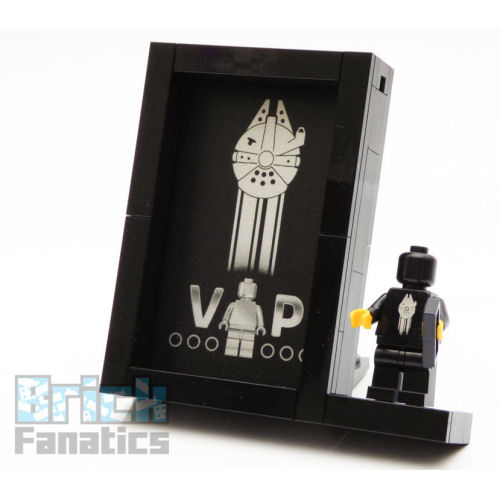 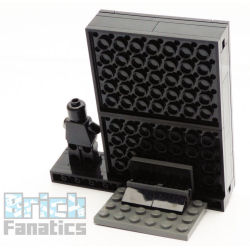 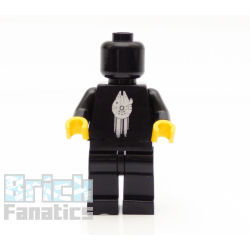 There isn't anything surprising about this exclusive - it comes in a resealable bag which contains the 42 pieces, the placeholder black VIP card and the instruction and you'll need to set aside a handful of minutesto build it.

The only element of this set that is unique is the minifig torso with the silver Millennium Falcon logo - the same as the card - printed on it. Curiously the all-black, faceless minifig comes with retro yellow hands instead of a more suitable black. Either this is a head nod to the 20th anniversary of the LEGO Star Wars theme coming next year, or the minifig is wearing cheery gloves. Unfortunately, the tile it holds is plain black and does not have the black VIP card markings, which it is believed to represent.

Rebelscum feels that it represents the average AFOL using a smartphone to opine on the meta irony that the final Club 75192 exclusive is little more on a trophy cabinet to hold the store card that brought about the final exclusive's very existance in the first place.


If you're expecting one but clueless about how to get it you'll need to check out our highly informative post to get the details. If you aren't qualified to receive a free 5005747 VIP Frame there are a couple of other optionsyou can explore.

Due to a logistics hiccup at the LEGO online shopping website these - briefly - went on sale in North America and Europe, and those with quick responses got their orders in. The error was flagged earlyon in the fulfillment process and LEGO issued the following statement:

Were really sorry, but weve had to cancel your recent LEGO® Shop order because it included the exclusive Black Card Display Stand. A technical glitch meant that this item was available to order on our website even though the promotion hasnt started yet.

If your order included any other products, youre welcome to place a new order on shop.LEGO.com straight away.

If youre a VIP Black Card holder and youd still like the Black Card Display Stand, youll be able to order it when this promotion kicks off on December 7.

Were sorry to email you with bad news. If you have any questions at all, please feel free to get in touch with us on the phone number above.

Anecdotal evidence suggests that a fair few orders went through, explaining why there are scores currently available on Bricklink ($98 average) and eBay.com (with a slightly lower average of $85). LEGO price tracking website Brickpicker.com doesn't have enough eBay transaction details to formulate an average yet. 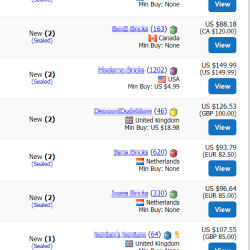 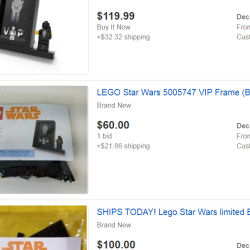 If you aren't willing to pay top dollar there is one last resort - build it yourself. Most readers have spares bucket and the VIP Frame is largely made of common parts - either download this parts list which can be imported into Bricklink, or jump staright to the set's inventory page, and dig out your extra LEGO bricks and see what you've got. 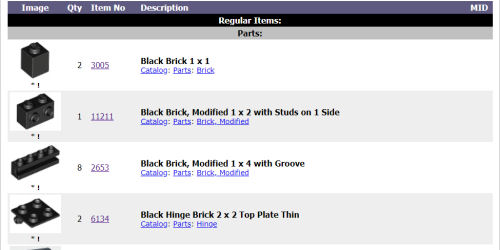 While this is the cheapest way to make the card holder, the minifig and the card are going to prove to be the hard-to-find element of the build and given the steep prices these are going for (almost as much as the complete and bagged set) there is a high chance that they'll get bootlegged, much like the I Heart NY Yoda minifig which is the most faked minifig in existance, buying a complete set from a reputable seller is the recommended way to add 5005747 VIP Frame to your collection.
SEND