Obi-Wan Polybag GWP In December
Posted by Jeremy on November 26, 2019 at 02:25 PM CST
As part of a promotion to help push sales of the new LEGO Star Wars sets released in October, as well as those new sets from The Rise of Skywalker, which is being released in cinemas on December 20th worldwide, LEGO is sharing the in-store and online exclusive 30624 Obi-Wan Kenobi  Collectible Minifigure. 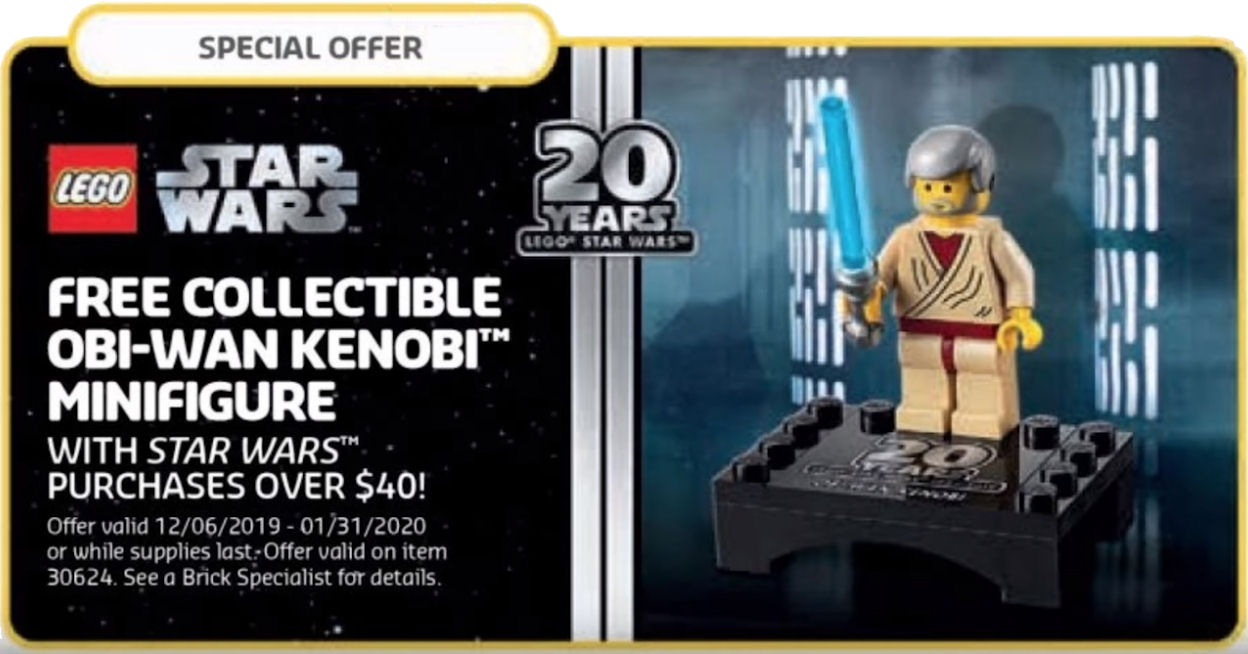 This offer, first picked up by The Brick Fan, was found on the LEGO Brand Store events calendar for December, starts on the 6th and runs through to the end of January. Shoppers need only spend $40 on LEGO Star Wars products to receive theirs.

So far this offer is only being run in the US. However it is highlylikely that other LEGO regions will get in on this minifig GWP too.

With the next LEGO Star Wars drop - due at the start of January - including a whole slew of Prequel, Original and Sequel Trilogy sets, it isn't going to be hard to achieve!

Making its first appearance on eBay and other secondary market sources like Bricklink in July, this re-released version of the 1999 original is the same as the series of five collectible 20th anniversary minifigures that came packed in with the 20th Anniversary edition sets which were released in May, 2019. Whether you want to include 75222 Droid Commander polybag set, the miniaturised rendition of 75253 Boost Droid Commander, is up to you. 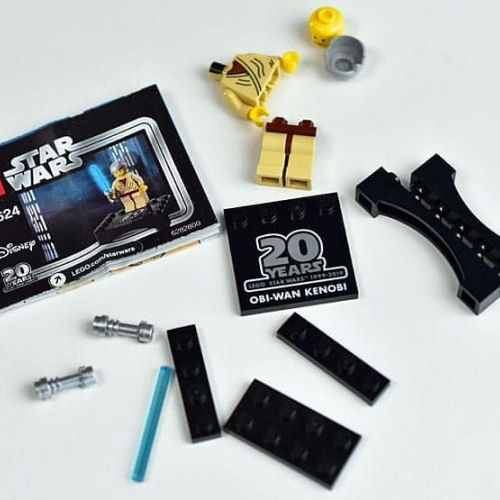 Is this the last hurrah of the LEGO Star Wars 20th anniversary?

Having long been the go to place for LEGO items that are purposefully being given limited distribution by LEGO - such as gift with purchase or convention exclusives - Bricklink has just been purchased by LEGO in an attempt to "get closer to the AFOL community", meaning they control the primary market and have a dominant stake in the secondary market.
SEND