Character Profile - Grand Admiral Thrawn
Posted by Joey on May 6, 2022 at 07:49 AM CST
Hey there, Rebelscum fans! This week on the site, were looking into the Star Wars: Rebels animated series, and how it bridged the gap between the end of The Clone Wars and the new era of the franchise under Disney. Make sure to read our Expand Your Mind article first to read all about the shows characters and setting, but stay tuned throughout the week for more Rebels content. Well be adding additional articles, insights, videos, spotlights, and information on the best merchandising options that collectors have. 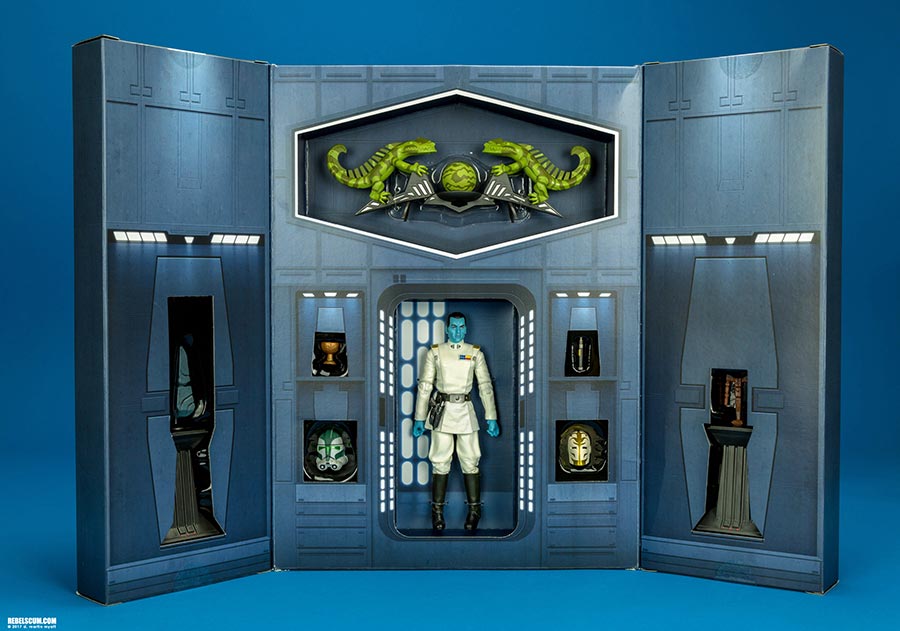 One of the reasons The Clone Wars and Rebels showrunner Dave Filoni is so beloved among Star Wars fans is his respect for the larger Star Wars Expanded Universe. Filoni obviously knows his stuff when it comes to the Star Wars stories outside of the core saga, and hes frequently incorporated fan favorite characters from the books, comics, and games within the animated shows. Rebels featured a memorable appearance by one of the most fearsome villains in the entire Star Wars Expanded Universe: the Imperial Grand Admiral Thrawn. 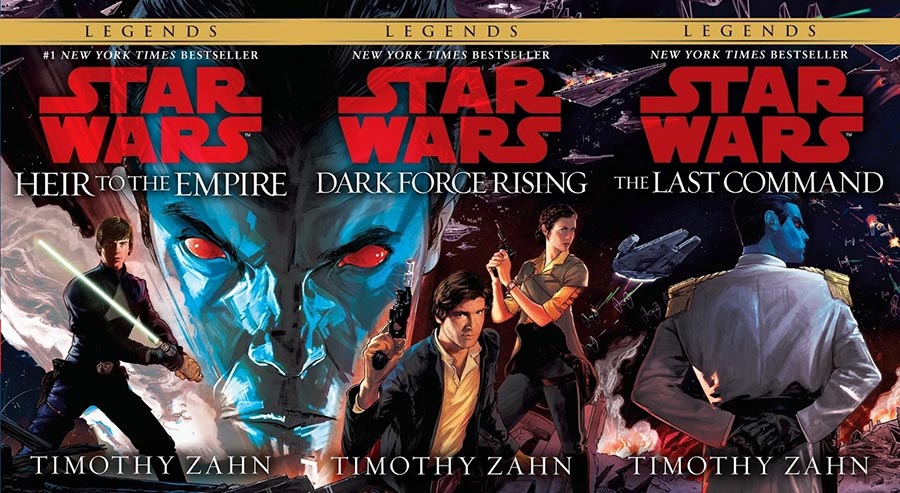 Thrawn was first introduced in 1991 in Timothy Zahns novel Heir to the Empire. Heir to the Empire and its sequels Dark Force Rising and The Last Command collectively make up The Thrawn Trilogy, and it's one of the most important entries in the entire saga. The Thrawn Trilogy was the first Star Wars Expanded Universe novel since the early 80s, and it launched a new wave of publishing. In the decade prior to the release of The Phantom Menace, Star Wars authors explored the events after Return of the Jedi with many new adventures centered around the New Republic and the end of the Galactic Civil War. 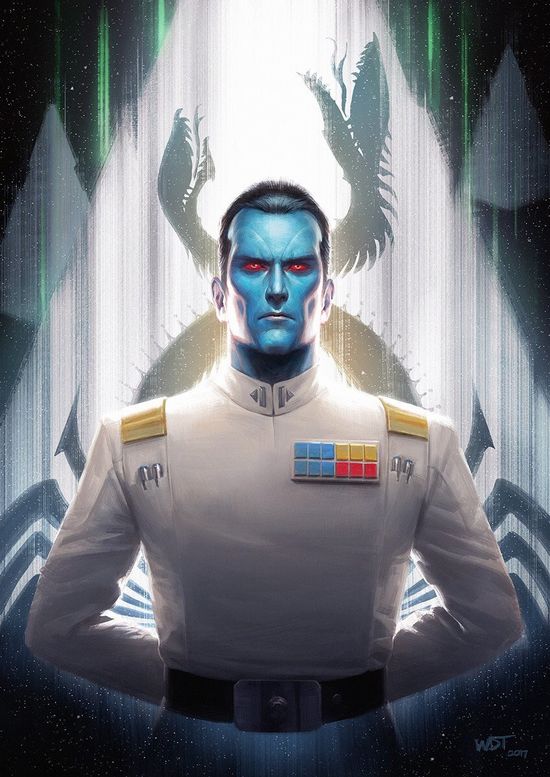 Following the destruction of the Death Star II, many Imperial leaders attempted to reform the Empire, but few posed as serious of a threat to the core heroes as Thrawn did. A member of the blue-skinned Chiss alien species, Thrawn had been trained by his own people in the Chiss Ascendency to learn advanced battle strategy tactics. He joined the Empire, and became one of Emperor Palpatines top warriors, quickly rising through the ranks to become the Grand Admiral of the Imperial Fleet.

Following the dissolution of the Empire, Thrawn gathers a secret force of remaining Imperial Star Destroyers and troops, and prepares for a galactic conquest. Unlike other Imperials who simply launched simple terrorist assaults on the New Republic, Thrawn had a broad strategy in mind that would restore the Empire to its former glory. Thrawns chilling, cold-hearted nature made him an instant favorite among readers, and Zahn continued to tell Thrawns story in subsequent novels prior to the launch of the new canon. 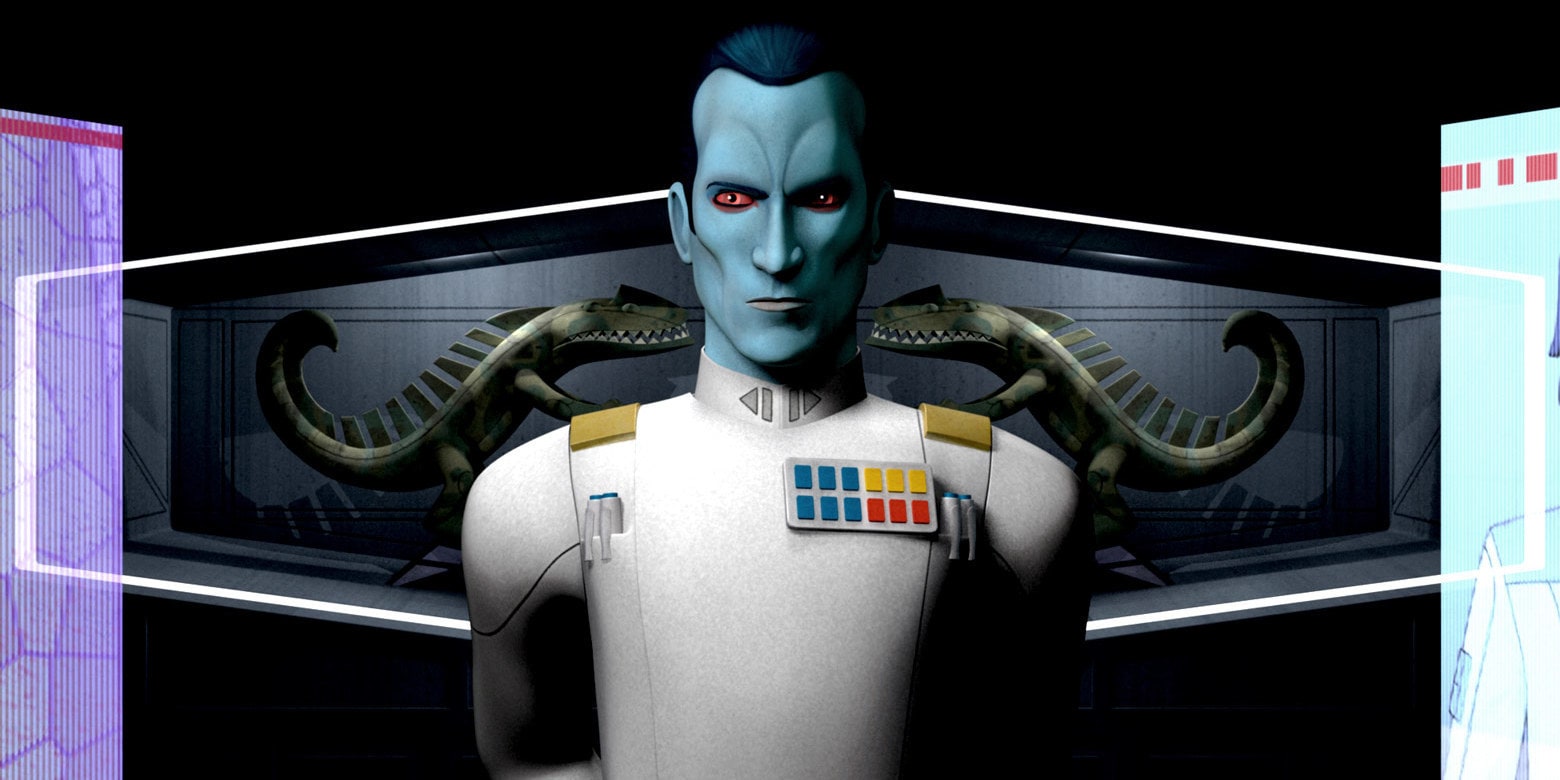 When the majority of the Expanded Universe was placed in the Legends category, many fans were skeptical that a character like Thrawn could ever come back into the main canon. Thankfully, Filoni chose to include Thrawn as one of the core antagonists in the later seasons of Rebels. He was voiced by Danish actor Lars Mikkelsen, brother of Rogue One actor Mads Mikkelsen. Thrawn is set to appear in live-action in the upcoming Disney+ show Ashoka.

What do you think, Rebelscum fans? What are some of your favorite Thrawn books and stories? Who should play him in Ashoka? Let us know in the forums, and as always, may the Force be with you!