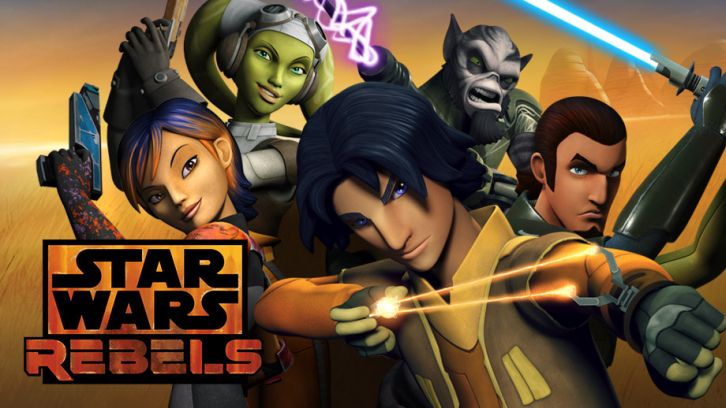 Expand Your Mind - Rebels
Posted by Liam on May 2, 2022 at 09:03 AM CST
Greetings, Rebelscum fans! This week on the site were taking a look at one of the most pivotal, and most beloved, entries into the modern Star Wars canon with the Rebels animated series. Stay tuned throughout the week for more articles, insights, videos, and updates on the best merchandising options that collectors have at their disposal.

Star Wars has a proud history of animation. The first animated short The Story of the Faithful Wookiee premiered as part of The Star Wars Holiday Special in 1978, followed by the cartoon series Ewoks and Droids in the mid-1980s. However, it wasnt until 2003 when Star Wars animation gained respect thanks to the Star Wars: Clone Wars micro-series. The early developments by the Samurai Jack crew to tell stylized stories set between Attack of the Clones and Revenge of the Sith laid the groundwork for what Dave Filoni would accomplish with Star Wars: The Clone Wars.


The Clone Wars set a high bar for future storytellers to top; Filoni established that he could create a mature, in-depth exploration of the sagas themes, develop its universe, create exciting new characters, and test our knowledge of some of the most famous events in the sagas history- all on a 22-minute television show aimed at children! The Clone Wars was taken off the air shockingly at the end of its fifth season amidst the purchase of Lucasfilm by Walt Disney Studios, and a new animated project went into development for Star Wars new home.

Thankfully, there werent any major creative swaps; Filoni and many of the same creative artists who had worked on The Clone Wars returned for the new series set to debut on the Disney XD network: Rebels. Set following the events of Order 66, Rebels explores the early formation of the Rebel Alliance in the years before the Battle of Yavin. While The Clone Wars told anthology stories that featured many characters on different side missions, Rebels kept its adventures focused on just one core team. The new heroes were the crew of the Ghost, and the adventures primarily took place on the new planet of Lothal. 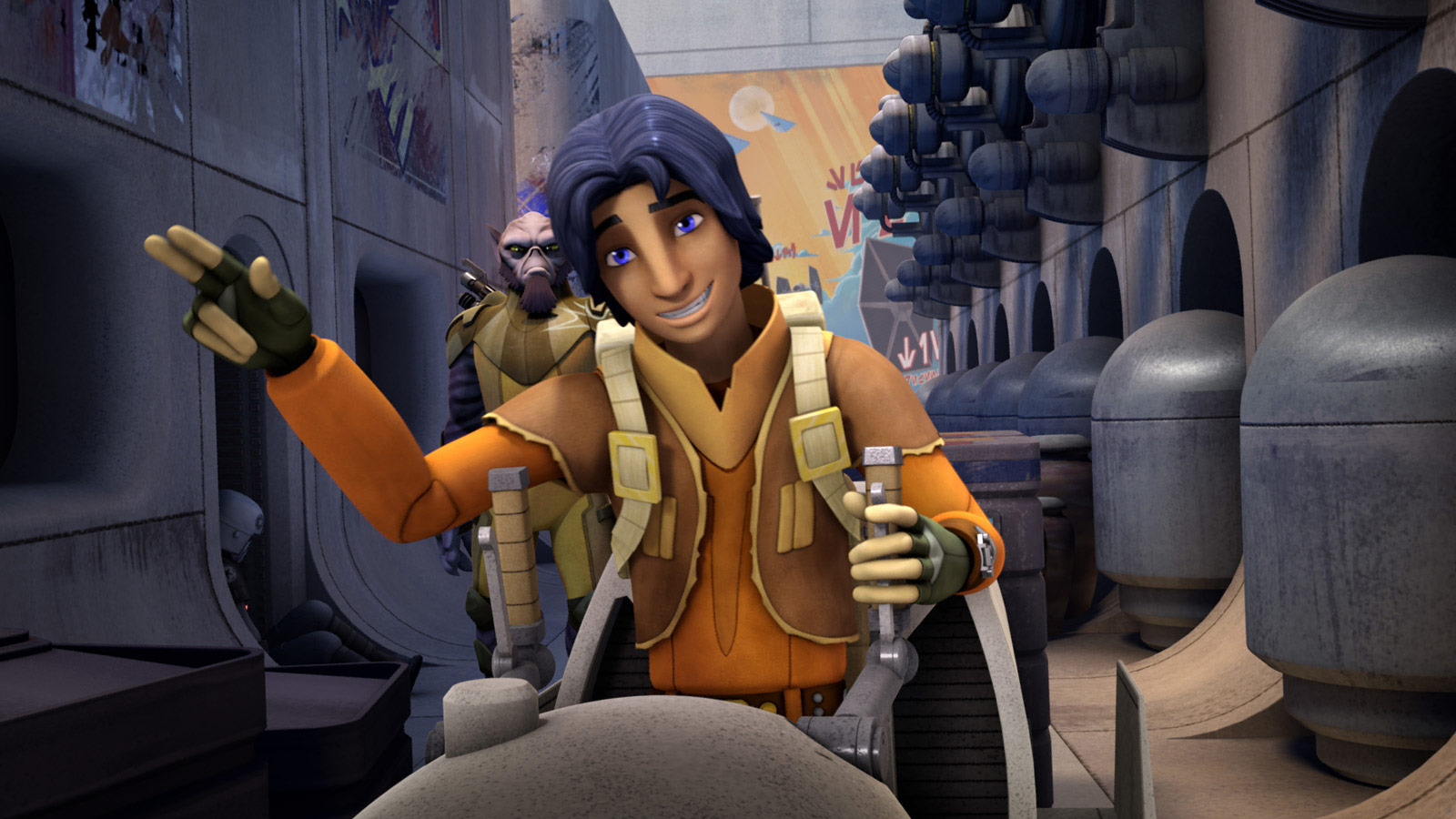 The series lead was the young street thief Ezra Bridger, who has already begun to resist the Empire in small ways by pulling small jobs. Ezra is left in the shadow of his parents death, and gradually begins to understand his connection to the Force. When Ezra is first introduced to the crew of the Ghost, he has no interest in any greater cause. However, the possibility of training as a Jedi intrigues him; Ezra has always found that he possesses abilities, skills, and feelings that he cant explain. 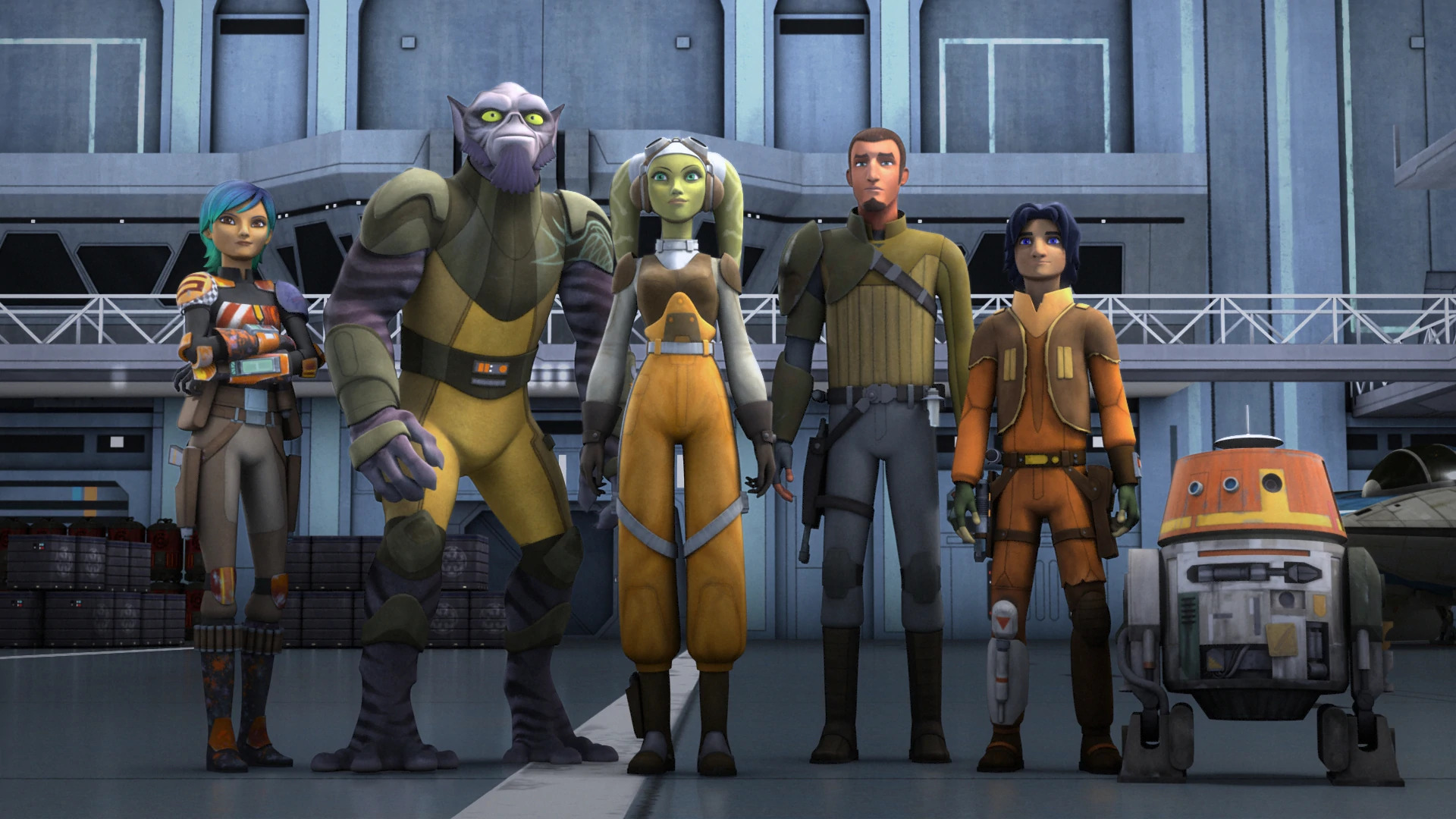 Ezra receives his training from the Ghosts Jedi crew member, Kanan Jarrus. A padawan during the Clone Wars, Kanan managed to survive Order 66, but never officially completed his training. Kanans rebel crew includes the Twilek pilot Hera Syndulla, the Mandalorian mercenary Sabine Wren, the Lasat warrior Garazeb "Zeb" Orrelios, and the droid C1-10P, affectionately called Chopper. Rebels aired for four seasons, wrapping up in 2017. If youve never checked it out before, the entire run of the series is available on Disney+.

What do you think, Rebelscum fans? Do you have any awesome Rebels figures? Who is your favorite character? Let us know in the forum discussion, and as always, may the Force be with you!