LEGO: Club 75192 Members See Start Of Promotion
Posted by Jeremy on February 1, 2018 at 01:40 PM CST
Whether you think it has been a marketing coup or a public relations debacle, holders of the exclusive VIP card that LEGO VIP members were rewarded with for buying the 75192 UCS Millennium Falcon between September 17th and December 31st are finally seeing the fruits of their early investment and patience.

Because, presumably, they know the card holder already has one and doesn't need a second? 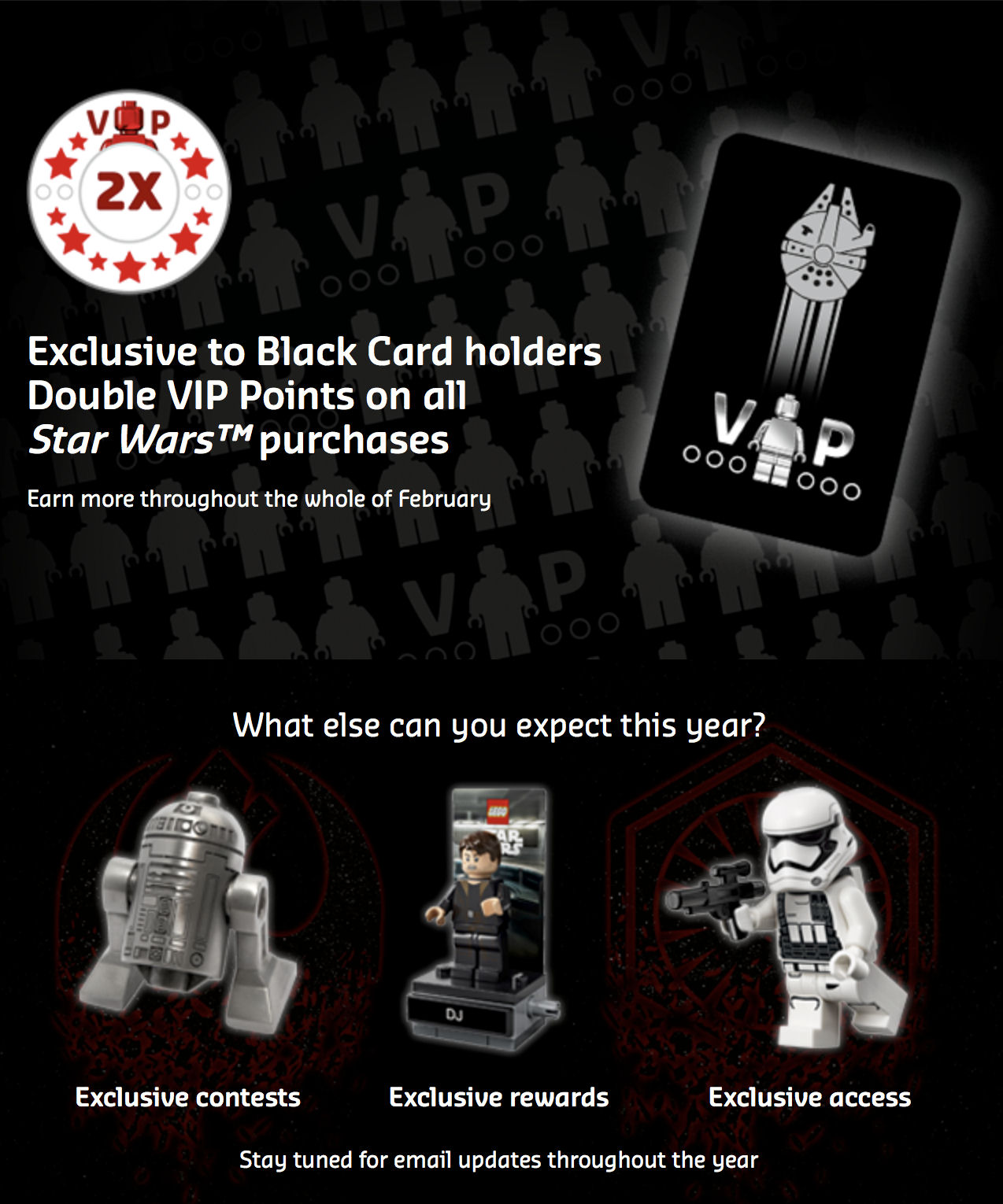 Though the rest of the year's offers are still shrouded in secrecy the email received by Club 75192 members hints at more to come, including exclusive promotional polybags.

Most interestingly it looks like there is an upcoming sweepstakes to win a solid cast metal R2-D2 minifigure. Regular readers will remember that LEGO recently ran a competition to give away two pewter R2-D2s (which closes at midnight on February 1st so you still have a chance!) - and then later revealed that there are still 10 silver, three additional platinum versions and a gold one still at large.

Shipping delays in Belgium still have North American VIP members cardless but LEGO assures us that online purchases will not require verification, and LEGO brand store buys accompanied by a regular VIP card will have the appropriate bonus applied.

UPDATE: forum member CaptainGato in Florida reports that he received his Club 75192 VIP card two days ago, so US customers are starting to see their exclusive membership card arrive.

Special thanks to Gabriel T for sharing the news with us. Do you have any interesting LEGO Star Wars tidbits to pass on? Email us at news1@rebelscum.com if you do.
SEND