And The LAAT/i's Have It
Posted by Jeremy on February 5, 2020 at 02:52 PM CST
After a week of voting, followed by a tense week of waiting the results are in! In a surprising outcome - with over half the votes - the winning option is the Republic Gunship. 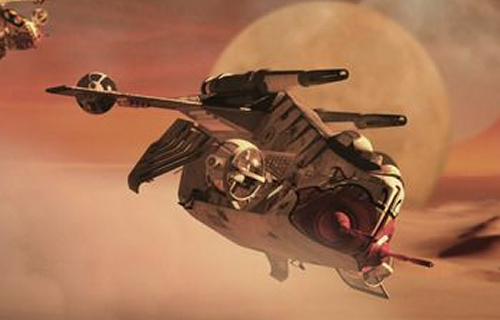 Following on from this reveal, Jake McQuillan from the LEGO Ideas team also shared the word that LEGO would give away UCS Republic Gunship sets to three randomly selected voters.

We would also like to announce an extra surprise, that three lucky voters have been randomly drawn and will be receiving the UCS Republic Gunship as and when it is released, as well as a 75255 LEGO Star Wars Yoda! So keep your eyes on your inbox, as three of you will be contacted very soon.

Though LEGO has yet to release the actual numbers they did share than the Nebulon-B Frigate took silver, with the TIE Bomber winning bronze. These results differ to those that our unofficial poll received, which indicated that half of participants wanted a Rebel medical frigate, followed by the gunship with the TIE Bomber remaining in third.

With the new season of Clone Wars due to premiere at the end of the month, and with rumours that this summer's LEGO Star Wars wave will be drawing a lot of inspiration from the resurrected TV series it's no small wonder that the Gunship prevailed.

While an official release date hasn't been announced, Rebelscum has been tipped off that this new Ultimate Collector Series set is likely to be made available in 2021. Standard scheduling procedure for direct-to-consumer (i.e. LEGO online/branded stores exclusives) UCS sets is typically April/May and September/October so you either have fifteen or nineteen months to decide where you will display it.

How did you vote? Do you agree with the outcome? Share your opinion in our LEGO Star Wars discussion thread and find out what other collectors have to say.
SEND