LEGO Fan Poll: Ultimate Collector Series
Posted by Jeremy on January 23, 2020 at 02:50 PM CST
It's been just over 10 years since LEGO canvassed its fans for their input to mark the 10th anniversary of the LEGO Star Wars line and help them choose an exclusive set (resulting in 7754 Home One Mon Calamari Star Cruiser), and now they're at it again!

The three choices are TIE Bomber, Republic Gunship and Nebulon B Escort Frigate. 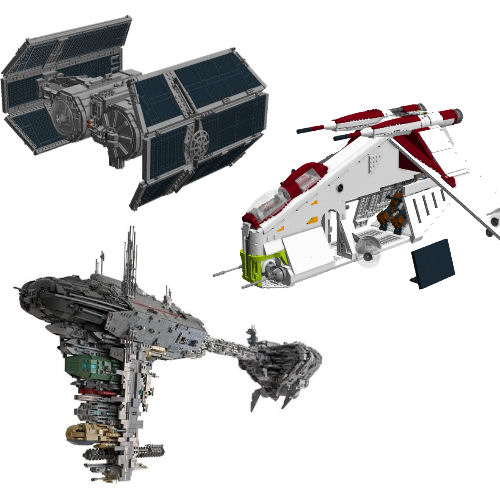 To vote head to the official ballot page and then select the image representing the model you would like to be a Ultimate Collector Series set, and add which minifigure you would like to see included. You can also tell LEGO why you made that choice. LEGO advises that only Star Wars characters will be accepted as minifigure suggestions so don't ask that Captain marvel be included with the Repiblic Gunship or your vote could be voided.

Check out our LEGO Star Wars forum where you can share your decision or debate which is the better choice.
SEND