LEGO Star Wars: The Skywalker Saga Scam Warning
Posted by Jeremy on August 8, 2019 at 11:15 PM CST
When something looks too good to be true, it probably is.

And a recent posting on GamerHQ.com is exactly that. In very disjointed English they make the claim that they have a downloadable copy of the full PC version of LEGO Star Wars: The Skywalker Saga... for free... a full nine months before the game is available on PS4, Switch and Xbox One.

Traveler Tales and Warner Bros.. has presented, 15 years after the first Lego Star Wars appeared, what they define as another generation of games in the franchise. In E3 2019 weve made it clear: it is not a movie, but it is not a remastering, but a completely new game based on the 9 movies of this saga: the first trilogy, the prequels not to mention the brand new trilogy, that will finish in Christmas using Star Wars Ep. IX Rise of Skywalker.

Theyve shown Us the level corresponding to the Return of the Lego Jedi Star Wars The Skywalker Saga. But which makes it clear that we have liberty To proceed to any world to fighting against the boats, or devote Of the Empire (which is what theyve shown to the controllers of the Millennium Falcon). Each of those planets has places. From the Demonstration of E3, they have proven Tatooines surface, which will feature The Jabba Palace, Mos Eisley (the spaceport of this first movie ), Mos Espa Or the pod racing circuit of Episode I.

If you still need us to spell it out for you - THIS IS A SCAM - and if you download it you risk turning your PC into a brick. Or worse. 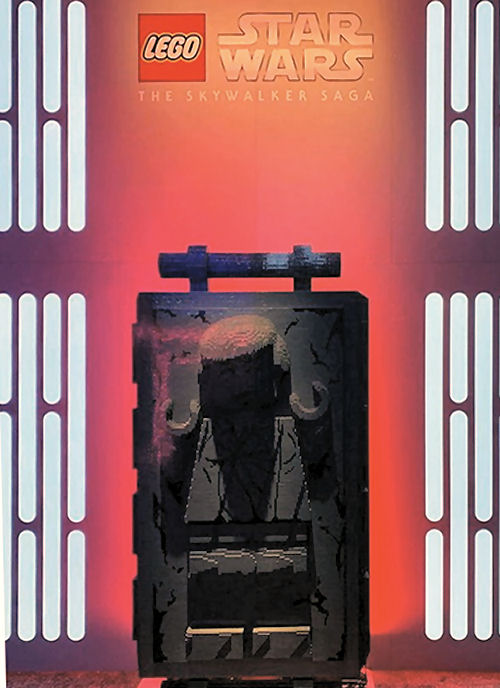 Those following legitimate LEGO Star Wars news sites, like our very own dedicated collecting channel, know that the press release for the game makes it clear that it isn't due out until 2020 and sources close to Traveler's Tales are pointing to page four on the calendar.

You can pre-order your copy now - for the Nintendo Switch, Playstation 4, Xbox One - at Amazon.com for $59.99, and enjoy their pre-order price guarantee, now.
SEND