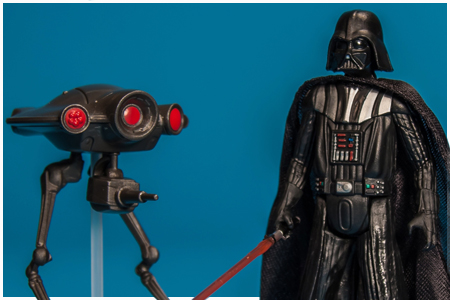 Darth Vader sends out Seeker Droids to hunt down all those who oppose the Galactic Empire. Vader deploys the Droids from his Star Destroyer to find spies, Rebels, and all other enemies of the Empire.

What's In The Box?
About The Figures
Related Figures

Back To Mission Series 2-Packs