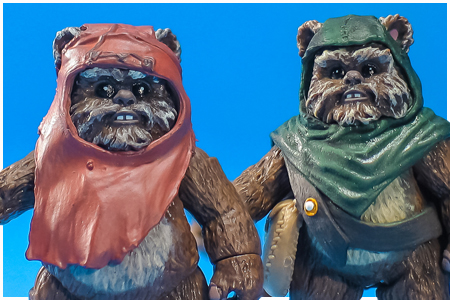 Return of the Jedi
The VC27 Wicket figure is not only one of the finest likenesses of the brave young Ewok ever produced, it was also Hasbro's first stab at a realistic version based on an animated series to be packaged in The Vintage collection line. While it came packed with all the standard gear you'd expect for a film accurate figure, Hasbro also included the green cowl and satchel the character wore in the short lived Ewoks cartoon that ran from 1985 to 1986.