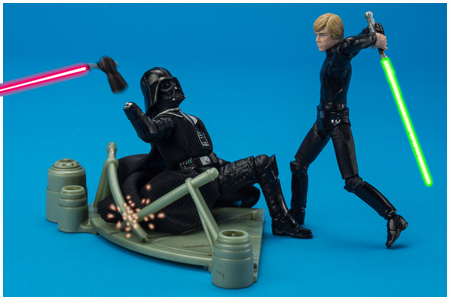 Return of the Jedi
It only took 25 years but we finally got a perfect Endor Capture Luke Skywalker. Sure, we have had plenty of versions since 1985, but none before VC23 Luke Skywalker from The Vintage collection got it right. If ever there was an apology figure, this one is it, and we can all agree that the apology is warmly accepted!

Armed with new revolutionary paint application procedures, Hasbro went back to four action figures from The Vintage Collection's first year of products that didn't see International distribution when they were hitting shelves in North America. The VC23 Luke Skywalker (Endor) figure featured below shipped with VC02 Princess Leia Organa, VC03 Han Solo, and VC08 Darth Vader in April 2019. All four figures are on updated cardbacks, but each retains its original VC number.